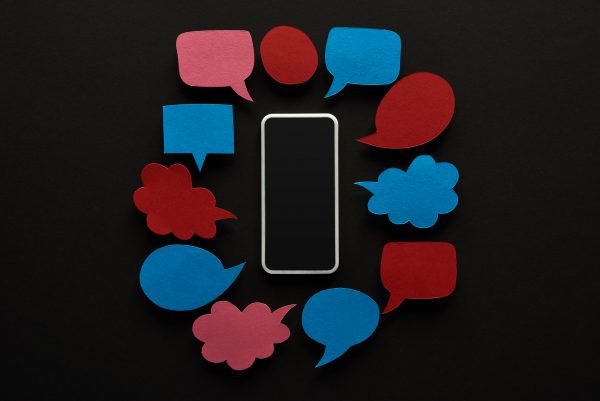 Some of us are terrible at not being judgemental. We as that part of the audience have a declined tolerance. We as that part tend to violently disagree with whatever content that goes against our ideologies and tastes. What makes us so hateful against people on social media? Especially celebrities and influencers?

We are exposed to a constant stream of information on social media, while most of the young generation have a clear digital identity. So the digital presence and information overload could cause the way this generation is being evolved. Or, let's say this is what gonna reflect the core of what we are. So consider online spaces as a reflection of society. Earlier, individuals used to hold back particularly biased opinions in fear of societal backlash. These opinions have very recently found their space online. As a result, hate speech and polarising content have maximized on the internet. In this constantly evolving digital space, what we require for smooth communication is the critical skills to filter and navigate. We have heard about toxic influencers, now it's time to talk about toxic social media users and hate speech on influencers.

Influencers are shape-shifting the social media marketing space through a variety of content ideas. What they are doing is content creation either for a strong digital identity or brand awareness. If the content is not biased, then they should rightfully be proud of what they are doing. But the amount of young people spending time online has spiked and literally they are living their lives online. The constant drive for attention and recognition is there, but seeing unrealistic lifestyles of others could trigger at least some of the audience. There is another part of us (The audience) that is frustrated with the existing lifestyle. That part of us neither likes ourselves nor others. Hence, just a post of an influencer could trigger us. The difference between an influencer and a toxic user is the way they look at social media. An influencer has understood the scope and possibilities of social media. They have a constant thirst for success and evolution. How to make the content better, and how to raise the brand identity or digital presence are some of the things that an influencer looks up to. While the toxic user is as simple as a toxic user. They are cyberbullies and sexists. A toxic social media user does not understand views, likes, claps, and praise. A toxic user only understands views and fights.

For any influencer, being exposed to any form of hate speech is painful. In the process, they might be able to overcome this negativity but it does affect a part of themselves. The feeling of being attacked will affect their self-worth and self-esteem and will impact their mental well-being in many ways. So any direct hate must be taken very seriously just like an offline/ real hate crime.

Social media firms have recently been inclined to make social media a safe environment. The cry for censorship and wanting to create a pleasant social media environment have proliferated. Users (Or influencers for that matter of fact) have the option of blocking certain types of comments. Hate speech on influencers is something that needs to be completely resolved. This is not only affecting the influencer’s mental well-being but also the process of creating quality content.